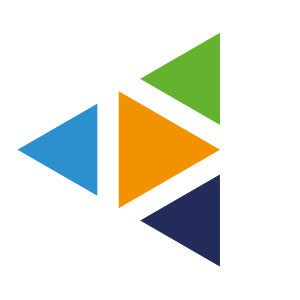 Odense Kommune use of a BOT Named SUE – Case Study

•  The opportunity Odense Kommune saw in Affinity Initiative: Certain decisions require highly skilled medical personnel to stop working on people and focus on clerical decisions. Odense saw an opportunity to model the custom decisions of these experts in the way that they do it now and free them to work on people.

•  About a BOT Named SUE: a BOT Named SUE is a technology that allows business and domain experts to transfer their knowledge to computers. This gives the organisation the ability to replicate the decisioning performance of the top experts throughout the organisation. SUE then allows the company to manage outcomes and adjust the model to its changing needs. Virtual experts have near limitless capacity and can be integrated and deployed anywhere and in any operational environment.

The Story of Odense Kommune

Odense takes pride in providing rehabilitation for injured citizens. This means directing each case to the appropriate rehabilitation centre that is also nearest their home.  To execute this service, it required the time of professional resources.  A qualified physiotherapist was always needed to carry out the administrative task of routing the patients to the appropriate facility.  This took them away from caring for patients. This is made worse in that there is no ‘optimal’ way to do this. There are many factors, including individual inconsistencies, that come into play and compound the impact of the decision being made. Consistency in professionals’ decision making for patients is critical.  Without technology there is no optimal way to achieve this. Furthermore, it has to be done quickly due to the first routing being a significant bottleneck in the process. Every centre is waiting for the new citizens because of legal rights and KPIs that measure how fast the rehabilitation is scheduled. It must be done within 7 days.

With a BOT Named SUE, Odense could control the outcome of the modeling without the need for data scientists and big data. The physiotherapists themselves were able to train the model to their satisfaction enabling them to stabilize the decision process throughout the organization and achieve consistency.  Professional resources were able to treat patients whilst their professional experience was still being used to triage and route the patients.

After evaluating the market for bots and RPA solutions, Odense Kommune came across Affinity Initiative as part of their market investigation and participated in an early beta test with A BOT Named SUE. Mastering the overall process was the biggest challenge they faced internally. The evaluation lasted one month using real information (the data points). Seven people were involved in the project. All participated in finding the data that mattered the most. Odense Kommune tools interacted very well and easily with a BOT Named SUE, this made the evaluation process and the decision to use the Affinity Initiative solution much quicker and easier.

The first model is for patients who need advanced rehabilitation training.

The second model, and the one they use the most, is for triaging patients once they leave the hospital and need rehabilitation.

Once data has been chosen and used, the model, based on A BOT Named SUE, a low code/no code platform, decides which rehabilitation center patients go to. This is based on various criteria and parameters such as address, diagnostic and professional care giver information.

“Thanks to the RPA process (Robotic Process Automation), and a BOT Named SUE we can allocate the right patient with the right rehabilitation center” stated Peter Ahlmann-Petersen, project lead at the Municipality of Odense. 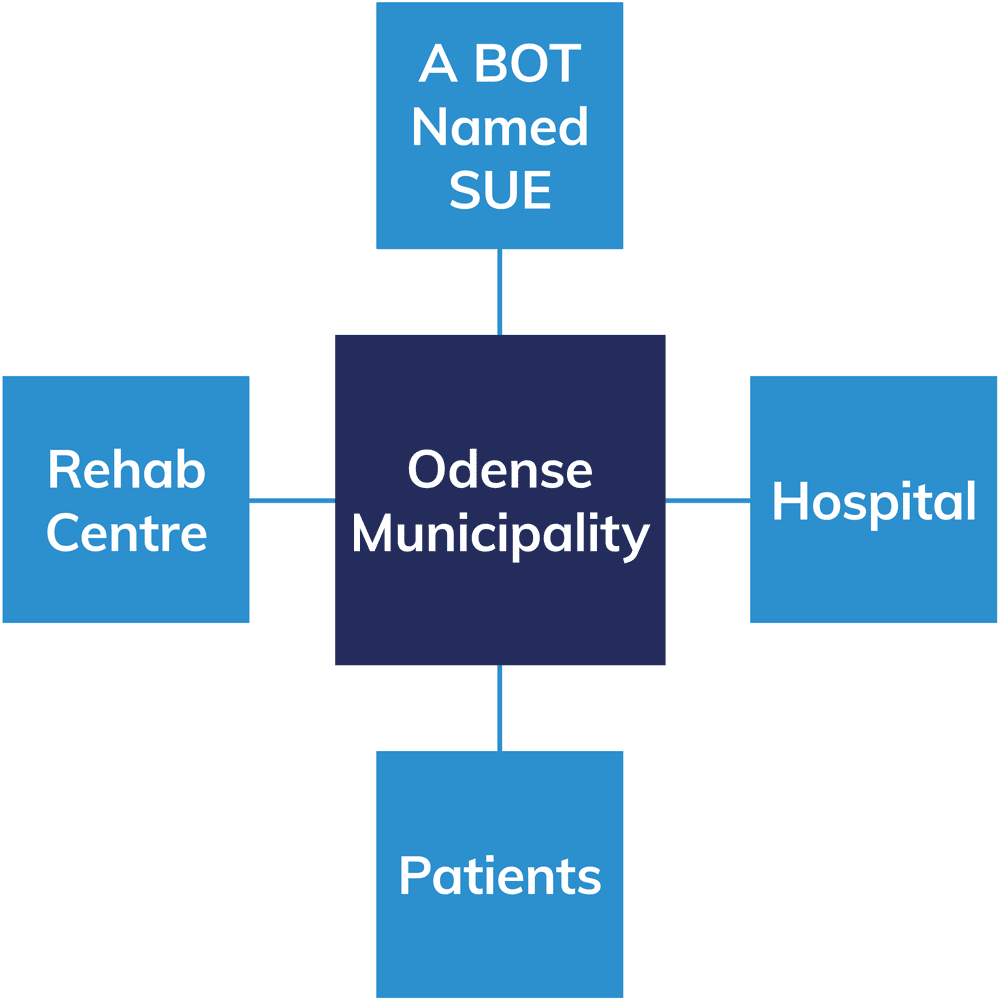 Odense Kommune saw a hit rate of 93% of efficiency in patient triage using a BOT Named SUE. This means that 93% of patients were transferred correctly to the right rehabilitation center.
“Our expectations were in the high 80s to the low 90s, our customer, (a different department within the Odense Kommune), and our team is very pleased with the results we achieved” stated Michael Wulff Nielsen, tech officer at the Municipality of Odense. “We are satisfied with the low margin of error”, he added.

The result saw a significant improvement to the patient’s quality of life and service.

One unexpected result is the transparency and stability of the distribution process. The results are accessible to all and publicly available. This helps all parties as there is no more time wasted asking how the decision was made. This is a significant improvement from the original human driven process.

One final very positive result the Odense Kommune teams saw was the fact that without a BOT Named SUE, it would have taken a very long time to develop such a system using manual codes. The use of a BOT Named SUE helped the team become very efficient quickly.

“I don’t think it would have been possible to build the right decision algorithm without the intuitive interface SUE provided for training with the physiotherapist and management on how to direct each case to the appropriate rehabilitation centre. They thought they were in full alignment before, but that proved not to be the case. Training with SUE created a clear alignment between the individual physiotherapists and management about how to direct each patient,” stated Peter Ahlmann-Petersen

The automatization resulted in budget and operational optimizations for the municipality, in the amount of over 35,000 euros per annum and direct improvement to the work environment for the physiotherapists. The tedious work in front of the computer has been reduced substantially.

“The support from Affinity Initiative in our development and implementation of SUE has been fantastic. We had full access to the best people with the best knowledge to help and compensate for our lack of experience with this new technology. A BOT Named SUE has already saved us a lot of development time and made us venture into new service areas for RPA-automation that would have been time consuming and out of reach without A BOT Named SUE. We can now easily capture the decision expertise of our frontline personal in our health services. Today frontline staff send A BOT Named SUE love statements for helping them in their daily work. They now concentrate on interacting with the patients while A BOT Named SUE makes administrative decisions.”

Affinity Initiative brings together the best of breed technology and people, to realise the opportunity Intelligent Automation presents.